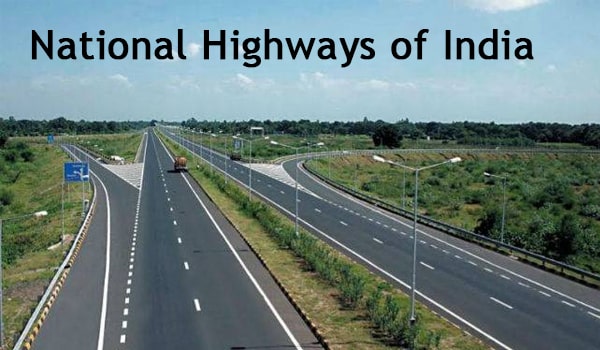 The invention of TV was done in a series of phase by three scientists, Philo Farnsworth, Charles Francis Jenkins, and John Logie Baird. But the first person to get the idea was John Logie Baird, he discovered the idea of TV the 1920s. John wanted to be a soldier in WWI but he was too forced to work at his workshop due to his poor health. The first TV was made of an old tea chest.

We love consuming content especially visual content on our home television. The pleasure of watching movies, series, sports, or even cartoons on a big screen is something else. You cannot compare small screens of phones or tablets to a TV. There are a plethora of television brands in the Indian market, choosing one brand is a very difficult task if you don’t know much about TVs.

Television cane to India after two decades of its invention on September 15, 1959, in Delhi. Sixty years later, India has become a market with a very big share of TVs in the global market. So, having a list of the best brand TVs you can get right now is a blessing. Without it, you can drown in the sea of brands in the market. This article will help you choose the best brand according to your preferences.

Samsung is a South Korean brand. They are very popular in India. In terms of TVs they have almost 30% of the market share. Samsung TVs are the most preferred option or the first preference of an Indian consumer. They make a wide variety of TVs in terms of size, technology, budget, etc. Samsung TVs use Hyperreal Engine technology which makes the picture quality of their TV’s very crisp and clear. Samsung is the pioneer in bringing new technologies to their products. It uses its own in house Tizen OS for their smart TVs. With Tizen OS you can download most of the streaming apps or other apps from their app store.

LG is also a North Korean brand. It competes for head to head with Samsung. LG as a brand gives nostalgic vibes to most of the Indian consumer. They make washing machines, air-conditioners, microwaves, television, etc. Their TVs have the latest technology. LG is the second biggest brand in India in terms of sales volume. LG TVs use IPS and OLED panels. When compared to VA panels in other TVs, IPS and OLED panels are better in terms of colour production and viewing angles. OLED panels are also very power efficient. Their Nano Cell Display technology helps their TVs to produce accurate colours. LG’s smart TVs run on their in-house Web OS. It has a lot of amazing features. They are constantly improving and innovating in the consumer electronic space. They are also the first brand to uses an AI system in their TVs.

Sony is a Japanese brand. LG’s and Sony’s rank fluctuates just behind Samsung. Sony TVs are in the league of their own especially their Bravia series TVs. This brand is known for its clear picture quality and punchy, accurate colour reproduction in their TVs. Sony also embeds its TVs with subwoofers. Their TV engine X-Reality Pro is considered as the best television engine in the market. This engine generates a stunning output on the VA panels of their TVs. They also have a Triluminous Display technology which generates a wide colour gamut. Sony smart TVs run on its Smart OS which is average.

Panasonic is also a Japanese brand. Its TVs are pretty affordable when compared to the big premium brands. Its TVs are good but fall just a bit short of you compare them with Sony, LG or Samsung. Its TVs use Remaster Engine which generates good picture quality on the IPS panel. For colour production, their TVs use Hexa Chroma Drive for a wide colour gamut. Panasonic smart TVs use My Home Screen OS, an upgraded version of Firefox OS. Its UI is easy to use and fast.

Xiaomi is a Chinese brand. It is the biggest consumer electronic brand in China. In India, they started by selling their smartphones. Then they entered the Television space with their MI TVs. MI sells its LED TVs in India. Their TVs are very cheap in terms of price, but the features that you get in these TVs are comparable to most of the high-end expensive TVs. Mi TV uses Vivid Picture Engine technology which helps in delivering clear picture quality. They have a wide range of TVs from HD to Full HD to 4k to Smart TVs.

Vu is an Indian brand. Its TVs are very affordable. This brand provides an amazing bang for your buck. It is a new player in the Indian Television market, but the customer reviews for their TVs are positive. Their TVs provide wide Color Gamut, 4k resolution, crisp sound and even HDR technology at a very affordable price. They have their own PixelightHDR technology. They use Harman Kardon speakers in some of their models. Its smart TVs run on. Android OS is a good operating system.

TCL is a Chinese brand. This brand makes and sells products like television sets, air conditioners, washing machines, refrigerators, etc. They entered the Indian market a few years ago. They offer a wide range of TVs. TCL is the third largest television company in the world. Their TVs have an AI Picture Engine which improves the brightness, contrast, and saturation levels of the picture. It’s AI also improves sound quality. Its unique Micro Dimming feature helps to deliver an outstanding viewing experience. TCL has also collaborated with a lot of OTT platforms to deliver exclusive content on their TVs. Its smart TVs run in android OS.

Motorola was originally an American company but it was sold to Lenovo which is a Chinese company. Its headquarters is in America but all of its production is done in China. Motorola entered the budget Indian Television market a few years ago with its affordable Android smart TVs. Motorola TV has AutotuneX Display Technology which makes the picture quality better. It also has Dolby Vision, DTS Surround Sound support and has Front-firing speakers inbuilt. Motorola TVs run on Android operating system. These TVs also come with controllers to play games on the android platform.

OnePlus is another Chinese brand. This brand is famous for providing its flagship specification smartphones at a very affordable price. However, TVs are not that affordable. Oneplus TVs have all the bells and whistles that you can expect from a premium TV. It has a Gamma Engine, wide colour gamut. Their TVs are very slim. The picture quality is also good. Oneplus TV runs on Android OS with few tweaks.

Phillips is a Dutch brand. It is one of the largest consumer electronic brands in the world. This brand is famous for its small electrical appliances. It is also a preferred choice in the TV department for many consumers. Phillips TVs are known for their blur-free picture quality, pixel accuracy, and amazing sound clarity. It also has a digital noise filter which also improves the sound quality. Their smart TVs run on Android operating system.

All these brands provide excellent picture clarity and sound quality, specially the top three brands. They are trusted by the Indian consumers for their great features and efficiency. These brands have very reliable after sale services. You do not have to worry about anything if you buy TV sets from any of these brands. 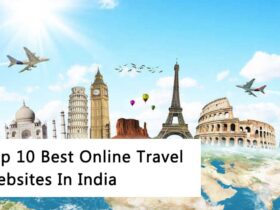 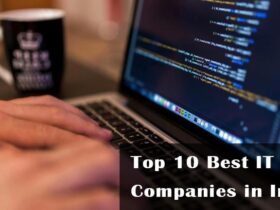 Top 10 Best IT Companies in India 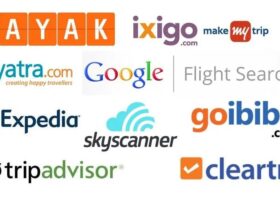 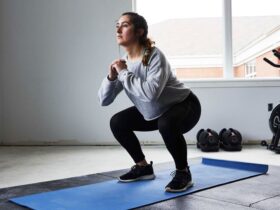 What is Squatting | Cable Machines vs Free Weights