Information Technology is the branch of computer science that deals with the study or use of systems for storing, sending and retrieving data. Information technology in India comprises of two components–Business Process Outsourcing (BPO) and IT Services. The United States constitutes the major portion of Indian IT service exports. Indian IT service industry was established in Mumbai by Tata Group in 1967.

Information Technology industry is one of the most influential sectors contributing to India’s GDP. The industry was established in Mumbai with the help of Tata Group. There might be questions about the credibility of Indian software engineers and their low wages but the IT sector in India has turned into a global hub for many tech companies. India is the largest exporter of IT services today. Indian IT sector is one of the best destinations for software outsourcing as they serve not just the regular local customers but clients worldwide. The top companies include HP, Dell, Infosys, TCS, Viacom, etc.

Information Technology is molding the world into a better and an easy place for employment. Cloud computing, artificial intelligence, machine learning, data analytics and virtual reality are some of the most beneficial sectors in judging a technology-based company. Here is a list of best Indian IT companies based on customer reviews, services and total sales.

TCS is a subsidiary of the Tata Group. TCS is the world’s largest IT services provider and is the second largest Indian company by market capitalism as it reached ₹100 billion in April of 2018. It is the largest Indian IT company by revenue. It was ranked 64th overall in the Forbes World’s Most Innovative Companies ranking.

Infosys Limited is the next largest Indian IT company after TCS that provides IT, business consulting and outsourcing services. It is headquartered in Bengaluru, Karnataka. Infosys Ltd. Was established in 1981 by a team of seven engineers in Pune, Maharashtra. It has a major presence in countries like the United States, China, Japan, Middle East and Australia.

Wipro is an Indian multinational company incorporated by Mohamed Premji on 29th December, 1945 in Amalner, Maharashtra. It was abbreviated as “Wipro” from “Western India Palm Refined Oil Limited”. It was initially a manufacturer of refined and vegetable oil under the names of Kisan, Sunflower and Camel. Azim Premji took over Wipro as the chairman of the company at the age of 21 in 1966 after Mohammed Premji’s death. It provides IT business, consulting and services to the IT industry and is among India’s most trusted brands. Wipro was also the first Indian IT company which became ISO certified. It headquarter is in Bangalore, Karnataka, India.

HCL Technologies is a multinational company engaging in consultancy, computer programming and related activities. It operates through Information Technology Services, software services and Business Process Outsourcing services. Its headquarters are in Noida, Uttar Pradesh and is among the top 20 largest publicly traded Information Technology based companies in India. HCL Enterprise was founded in the year 1976 and HCL Tech is one of the three subsidiaries of it. It operates across various sectors like aerospace, Hi-tech, customer manufacturing, media and entertainment, logistics, oil and gas and more.

Mphasis is an applied technology services company. They aim to anticipate the future of applied technology and predict the trends of tomorrow to keen clients at the summit in an ever-changing marketplace. It is an IT company based in Bangalore, Karnataka, India. Mphasis provides development and management services as well as outsourcing services. It is an independent HP subsidiary today and earlier Electronic Data Systems was purchased stake in Mphasis. Majority of its stakes were sold by HP in April of 2016 to Blackstone Group LP.

Tech Mahindra is a subsidiary of the Mahindra Group and its headquarters is based in Pune, Maharashtra, India. It is an Indian multinational technology company which offers a range of services including maintenance, software and engineering design. Tech Mahindra is a provider of Information Technology and business process outsourcing services. It won the IDC Insights Award in 2018.

Larsen & Toubro limited is a great Indian multinational company in engineering, construction, technology, manufacturing with global operations. It is headquartered in Mumbai, Maharashtra, India and was founded by two Danish engineer refugees in 1938. It addresses the most critical needs in key sectors like hydrocarbons, power, process industries and defence. It also has interest in heavy and basic engineering, realty, manufacturing of capital goods, IT and financial services. It is a subsidiary of L&T and works across America, Europe and India.

Mindtree Limited was founded in 1999 and is a billion-dollar global technology enterprise. It deals in cloud computing, data analytics, mobile applications, testing, digital transformation and enterprise resource planning. It is headquartered in Bangalore, Karnataka, India. It helps companies achieve business agility, competitive edge and finesse. It has 43 offices in more than 18 countries worldwide.

Rolta is one of the best public Indian IT companies and its headquarters are situated in Mumbai, Maharashtra. The company was founded in 1989 by Kamal K. Singh. It provides its clients with IT solutions, Business Intelligence, Geographic data, engineering and Bigdata Analytics. Rolta is listed on the National Stock Exchange of India.

Hexaware Technologies is a next generation service provider known to deliver excellence in BPO, IT and consulting services. It was founded in the year of the 1990 by Atul K. Nisha and is headquartered in the Navi Mumbai. It helps clients achieve customer delight and excellence. The company provides software services in Banking domain, Healthcare and insurance.

Karnataka, Pune, Hyderabad and Mumbai already boast most of the IT companies in India but the others are not so far behind. Cybage Software, Cyient, Zensar Technologies, Mastek are some of the other notable Indian IT companies. With the aforementioned list, it can be deduced that India might not be the most influential IT hub in the world but a lot is coming the country’s way soon. 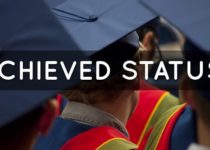 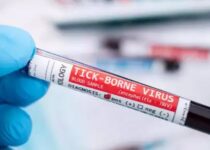