Online games are one of the most widely accessed pieces of software. People have access to the most amazing gaming consoles with magnificent graphics but flash games are still preferred by many. Just open the browser, and there you go. Even though there are plenty of games in the market now, flash games still haven’t lost their importance.

Ever since Flash support dropped off from modern browsers in 2020, most old flash game websites have decided to preserve their titles by converting them to HTML5 versions or using emulators like Ruffle. Some flash games can also be played using third-party software like SuperNova.

There are so many websites that allow users to play flash games without any hassle. Below is the list of all those websites which provide flash game experience to everyone free of cost.

Miniclip is one of the top-rated websites for flash games. Miniclip was one of the earliest players in flash gaming and now has won several titles that have made it extremely popular amongst the gaming youths. The games that are responsible for Miniclip’s success are Clone War Adventure, The Club Penguins, Free Realms, RuneScape, and Webosaurs.

Kongregate is one of the top flash game sites that offers a collection of more than 128k games that can be played online for free. It was founded in 2006 and has over 250 million downloads across iOS and Android. Kongregate uses the SuperNova SWF enabler to allow players to access the flash content. This website also provides badges and the option to share scores on Facebook. Some of the popular games on this site are Swords and Souls, Zombotron, and Learn to Fly 2. It also provides an open platform to all web games.

Addicting games is another site that offers a lot of flash game experiences. It was founded in 2002 and it is one of the first gaming portals on the internet for flash games. This website has the most addictive games like Helicopter, Kitten Cannon, Tanks, and Stunt Dirt Bikes. This website has over 4000 games and it’s still adding new games to the list every week. They have published their most popular flash games into HTML5. It has also used the Ruffle emulator to support all of its flash games within the browser. All the games offered by this website can be played free of cost. They also offer premium accounts that can be used by five people at once.

Armor Games was previously known as Games of Gondor. It is another old flash-based website founded by Daniel McNeely in 2007. This website has games of different categories like puzzles, shooting, strategy, racing, etc. The company became famous because of its Lord of Rings-themed games such as Hob the Hobbit, Battle for Gondor, and Orc Slayer. Armor Games offers over 3700 games in its flash games category out of which some have stopped working. This website is really easy to navigate.

It is a directory of flash games that can be played free of cost. This website adds new flash games to the list every day. The games are categorized based on their genres which makes it easy for the users to navigate. The most popular games offered by this website are Battlefield and Truck loader.

This website is based in America and is founded by Tom Full in 1996. It is the oldest Flash portal website and has a user rating system. It has many games from various categories: action, puzzle, casino, adventure, etc. Apart from offering flash games, this website also offers several movies and audio to its visitors.

Even though Flash is no more, a great number of flash games are still available to the browsers using HTML5 and Ruffle emulators. If you want to play any flash game that hasn’t been converted to HTML5 or isn’t updated for Ruffle emulator support, you can download the SuperNova extension in your Google Chrome browser, and then you can easily play those flash games. 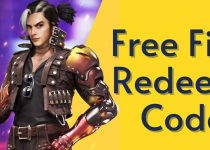