Roads have been an important factor in the growth of human lives. From the very ancient times, roads have served humans. Roads help us in transport which in-turn boost economy, improves health services, promotes security and makes social communication much easier.

Speaking about National Highways, these highways are trunk roads that are managed by the Ministry of Road Transport and Highways. To define trunk roads, we can say that these are broad, main riads that run a long distance and cover huge areas, bringing connectivity and communication to them. This article lists five National Highways in India.

The National Highway 1 (NH 1) in India runs between the union territories of Jammu & Kashmir and Ladakh. This highway is the northernmost East-West highway in India.

It passes from Srinagar, Sonamarg, Zoji La, Dras, Uri to Baramulla, Kargil and Leh. This route passes through the high mountain passes, and a majority of the road clings to the mountainsides. National Highway 1 is the lifeline of the Ladakh region. An alternative to this route, the Leh-Manali Highway, exists but it climbs over even higher mountain passes. NH 1 passes near the India-Pakistan border.

Deluxe and Ordinary bus services are operated by the Jammu and Kashmir State Road Transport Corporation (JKSRTC) between Srinagar and Leh on this route. There is an overnight halt at Kargil. For transport, taxis (cars and jeeps) are also available at Srinagar for the journey.

The National Highway 2 in India from Dibrugarh in Assam to Tuipang in Mizoram. This highway passes through the Indian states of Assam, Nagaland, Manipur, and Mizoram. This national highway is 1,325.6 km (823.7 mi) long.

The National Highway 3 is a highway in India. This highway starts from Atari adjacent to the India-Pakistan border and near Amritsar.

The first major pass comes after Manali, which is Rohtang pass at an elevation of 3,978 m. Rohtang pass provides connectivity between the Kullu valley and the Lahaul and Spiti valleys of Himachal Pradesh.

The next major pass on NH3 is Baralacha La at an elevation of 4,890 m in the Zanskar range. In Leh district, NH 3 crosses over Nakee La, Lachulung La, and Taglang La.

The National Highway 4, is a major highway in the Indian state of Andaman and Nicobar Islands.

This road runs from the capital city of Port Blair to Diglipur and connects all major towns of Ferrargunj, Baratang, Billy Ground, Nimbudera, Kadamtala, Rangat, Mayabunder, and Diglipur. The NH 4 is also known as the Andaman Trunk Road or The Great Andaman Trunk Road (ATR).

The Great Andaman Trunk Road has become a lifeline for the people of the Andaman group of islands. Especially for the people residing in the North & Middle Andaman district, as it facilitates easy movement of essential commodities and health care facilities, etc. year-round.

The National Highway 5, is a primary national highway in India, running from West to East, connecting Firozpur in Punjab to the Sino-Indian border at Shipki La.

NH5 traverses the states of Punjab, Haryana, Himachal Pradesh and the union territory of Chandigarh in India.

So, these were the five highways among the several others that India has. All these highways are managed by the Ministry of Road Transport and Highways. In total, India has two hundred and twenty-eight highways that connect the entire country and unify the various people across the country. 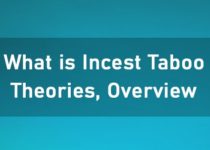 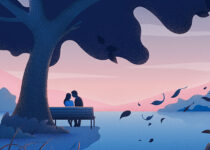