In spite of several anti-piracy movements, there still exist a handful of websites and applications that run illegally all over the world serving people movies, free of cost. These websites Run via several proxies and domains which enable them to run freely without being detected. Among the many other websites movie4k.to is one such website.

Movie2k.to is a user-contributed video directory for television programs and films to be watched by the people free of cost. It has now changed its name to movie4k.to. It is an accumulator website which acts as a search index for online videos.

The motion picture association of America shutdown Movie2k.to in May 2013 due to copyright violations but shortly the website again launched itself with a new name. It mainly provides English and German-speaking areas with movies however the website is now banned in the United Kingdom, Denmark and in some of the  ISP’s in Austria.

The Motion Pictures Association of America classified the website as a notorious market for piracy in a letter to the United States House of representatives in 2011. The Federal Government of the United States had intentions to shut the video directories of such type however some of these proposals where is stopped because of their foreign headquarters. The website which we are talking about here was based in Romania at that time.

Two years later on May 2013, the website was automatically shut down by the Motion Picture Association of America because of a court order that came suddenly. The initial claims had told that the operators were caught. The website earlier was blocked in the United Kingdom by major ISP due to copyright violation.

However, its distribution did not remain shut for long, shortly after it closing another website opened up in its place and it launched itself with the new name of movie4k.to. The investigation began when the website was directed to another page labelled with a short note.

It was registered to a server in the British virgin islands and was initially created in 2011 was but was never used until 2013. The website movie2k.to reopened itself as movie4k.to on June 1st 2013. The developers released a statement regarding the closing of the website on their website.

They criticized the law of piracy claiming that it did not qualify as a crime in their opinion, they also criticized how the Act was just done because of money and to them is important than a unique human life. There were several riots made by the common people due to the closing of the website of free movie watching by the motion picture Association.

The website provides a detailed list of television programs and films and provides the movies that are most asked for on the Internet. Movie4K does not host any content but acts as a search engine for streaming sources.

It supports user-submitted links by registered editors and is available in German, English and Russian languages. The site acts as a directory and contains a comprehensive list of video website mostly on television and film pages.

The website is the 202 most popular website in the world which is mainly popular in Germany. In Germany alone, the website has the most number of viewers making it more popular than Microsoft, PayPal, and Apple according to Alexa.

It is the largest streaming platform in Germany. The present version has been ranked 63540 most viewed in Germany since its initial opening. It earns its revenue by a banner ads and it’s Alexa rank according to August 2014 is 656. It is a commercial website and its registration is optional, you can choose whether you want to register for it or not.

The website is extremely user-friendly and it’s quite compatible with anyone with the internet. You can watch movies there in simple steps which involves downloading a good VPN, installing it and running it.

You also need to have a good ad blocker to prevent yourself to get tapped into ads. After you have downloaded the applications open the website of movies4K.to and from there you can search the movie or the television show you want to watch. When the result shows up tap on it and you will be redirected to several links to download the movie or stream it online and that’s it, as simple as that.

It is one of the largest illegal websites for free movie downloads and streaming. Other websites which are also available to access films are –

There are also some of its own alternative websites which are movie4k.in, movie4k.to  movie4k.org.

There are tons of illegal websites which are similar to the website which we are talking about, it is always preferable to use sites like Netflix and Hulu although they cost some money because they are safe and do not drag anyone’s reputation.

Movies4k.to is a pirated website and contains movies for free for its users which is against the law of many countries and hence if you are belonging to any country where piracy is unlawful then yes it is illegal.

The website does not host movies in it but act as a directory or a search engine of movies and provides several links for downloading and streaming the movie in it.

The website provides English, Russian, German, Spanish, French and various other which movies in it. It Mostly comprises of English and German movies. It is also the most-watched website in Germany and also the 202 most famous website in the world according to Alexa.

The website is functioning from 2011 of June. It previously had the name movies2k.to but after being banned in many countries it closed itself and again restarted itself with the name movie4k.to .

No, we do not need to register ourselves to use the website it is completely free and if they ask for registration it will be wise not to register because such websites are scam and often infect your computers or mobile phones with viruses.

It is hereby to let everyone reading this article know that we do not by any chance promote piracy. We are completely against piracy and do not entertain people who do such activity. Piracy according to the Indian government is a crime and one person can be jailed and even fined rupees 200000 for piracy activity. This is an educative article and we feature information about such miscellaneous websites and do not promote any. 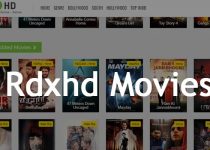