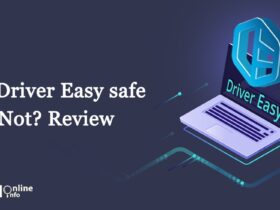 Avast Anti-virus is one of the most popular Anti-virus programs which has been in the market since 1991. It is the most recognized and respected name in the industry and its client base gets bigger and bigger every passing day. It is one of the fastest anti-virus software, it’s detection and removal rate is extremely impressive.

Avast is an anti-virus program which is available for Mac, Android, iOS and Windows users. It provides protection for your devices from viruses, malware and other potential internet threats. It comes with a premium version as well as a free version. The free version is, however, the most popular one. It is known for offering features that aren’t available in a free program, including a Wi-Fi network scanner, a password manager and a gaming mode. Avast is a subsidiary of AVG Antivirus and is currently one of the most popular antivirus programs available.

Avast Antivirus is a family of cross-platform internet security applications developed by Avast which is a registered and recognized Czech multinational cybersecurity software company headquartered in Prague, Czech Republic. BBB has determined that Avast Software, Inc. meets BBB accreditation standards. It is completely legal and the company has shared what their trademark portfolio includes. It has shared a complete list of its registered trademarks; pending trademarks; and a non-exhaustive list of its unregistered trademarks. Independent lab AV-Comparatives awarded Avast Free Anti-virus number one in cybersecurity for 2018.

The process of downloading Avast is pretty simple. Follow the following steps for the same.

Avast has been caught in a storm of controversy over the last several months regarding serious allegations of unethical business practices. There are claims that it was gathering a suspicious amount of user data. Since the company has faced such severe allegations it has lost the faith of its users and only those who are unaware of its unethical practices are still downloading the software. In January 2020 many news sources reported that Avast was selling user data and their browsing history through its subsidiary. Avast later announced that it would close the subsidiary over the data privacy backlash.

No, you won’t get arrested for downloading Avast. It’s back in most major web stores and is available to download. But by violating their customer’s privacy throughout the years, Avast has damaged the relationship between users and antivirus products around the world. People have lost faith in it. There are enough threats from hackers, antivirus providers should not be another threat to user security. Only those who are ignorant of these ethical violations done by Avast, are still downloading it.

If you need an antivirus which won’t steal your data and sell it for profit, there are multiple alternatives. You can download Norton 360, Intego, Bull guard, McAfee Total protection or any of the aforementioned alternatives of Avast. All of these provide excellent speed and efficiency, strong malware protection and high-quality features.

Is it really for free?

Avast Anti-virus program comes with both the premium and the free version. Its free version is popular amongst its users. Avast Free is because of its easy interface and accessibility, which allows working without any malfunctions or difficulties and fear of malware intrusions. There are multiple features available in the free version hence if you are using it for the first time, try the free version before you get the paid ones.

Can Avast damage your computer?

Avast Home Free has very little impact on system resources and has never caused performance issues on the computers. But now Avast has become adware. It used to be great anti-virus software. Both the free and premium versions were great. But over time it has become more and more bloated with nagware. Avast isn’t the same it used to be five years ago. It doesn’t work as efficiently as before and continuously keeps popping ads to buy the premium version. It won’t damage your computer, but it will clearly use your user history and data. Hence, we won’t recommend downloading it. There are plenty of another user friendly and free options. You can choose any of the aforementioned alternatives.

This article is only for educational purposes. We do not under any circumstance promote piracy or any other illegal activities. Everyone should admire and support each other’s work. The people who make these movies put in a lot of effort. These efforts should not go in vain because of the piracy. They deserve rewards for their hard work. We should always respect and appreciate these efforts. 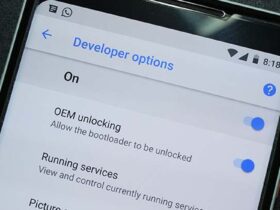 What is OEM – How to enable OEM unlocking on Android?