Mr Sharma, being a conservative, orthodox, and religious Hindu man, believes Hinduism to be the best-regarded in terms of chastity. He would promote it whenever and wherever he could, ridicule other religions and soon started developing profound hatred for not only the religions but also the followers of the same. Mr Sharma suffers from ethnocentrism. He is tagged as ‘Narrow-minded’ in society.

According to Google, Ethnocentrism is the evaluation of other cultures according to the preconceptions originating in the standards & customs of one’s own culture.

Ethnocentric people are judgmental; moreover, racial bias sticks to them like parasites. In terms of advancements, people have upgraded themselves in all aspects but left behind the aim of modernizing their thoughts, the way their brain functions in cultural and religious realms. Ethnocentrism can be precisely compared to ‘Aggressive Nationalism’ i.e. love for one’s own nation and hatred for the others; similarly, ethnocentrism is love for one’s own religion and hatred for the others. It is a natural tendency, a learned behaviour embedded into a variety of beliefs and values. An ethnocentric person experiences superiority complex in consideration to group, race, society, or culture.

Some of the numerous examples of ethnocentrism are as follows:

Hitler, being prejudiced, considered Jews and all races other than his ethnicity, as inferior and slaughtered many innocent lives for the same reason.

A practice in which a more powerful nation exercises control over a weaker one in order to exploit it for its labour, raw materials, ports and other valuable resources. European imperialism came into light as an example of ethnocentrism because of Europe’s idea of it being superior and therefore saw it as a ‘need’ to establish control over the world to bring it to reach ’their standards’.

People have become brand conscious, moreover, they look for costly and renowned tags on items they purchase, rather than their choice. People judge their acquaintances’ monitory condition by looking for logos on items of daily usage. Also, people of ‘modern’ times prefer to buy imported goods rather than ‘Swadeshi’ goods.

Based on partiality, this practice has various types, some of which are:

The Principles of Eurocentrism Include-

The Concept of Ethnocentrism

Ethnocentrism at extremes can have adverse effects such as boycott of certain communities or races, religious or social backwardness, narrow mindedness, lack of empathy and sympathy, deteriorating human relations due to fewer interactions, untouchability and hostilities between various sects. Its concept can be explained in simple words as the central idea of stereotypical and orthodox thoughts which instigate racism in various societies.

Ethnocentrism is a callous practice wherein a dominant group may perceive new members as a threat to their own ethnicity and culture. At extremities, it can induce slavery, apartheid, and genocide. However, it is not counted as a mental disorder; ethnocentrism is observed in all members of the human ‘race’ with a marked exception of a few only. One must try not to be pretentious regarding any fact and make efforts to confirm the truthfulness of ideology before spreading it or setting up foundations of a strong belief in it.

Believing in the principle of ‘Vasudhaiv Kutumbakam’ will help us find a spiritual way to fight against this evil practice. The world is evidently trying to reduce ill ethnocentric feelings by the introduction and formulation of United Nations Organization, organizing international events such as Asian Games, Olympics, and Commonwealth Games to promote feelings of oneness in ‘ world citizens’. 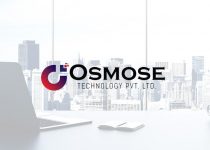 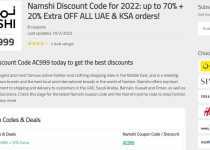