Skip to content
Home
Others
What is Cultural Relativism, Meaning, Philosophy and Examples

Our present-day world consists of 195 countries with 6,500 different spoken languages. Hence, it is quite obvious to find diversified cultures and ethnicities as a whole. However, globalization has made its unfortunate impact on this universal cultural diversity to some extent.

What is Cultural Relativism?

As we all know that it is human nature to believe one’s ideologies as the best. Similarly, people following different cultures presume that their own native customs are superior to anyone else’s. Thus it has been truly saying,

“If anyone, no matter who was given the opportunity of choosing from amongst all the nations in the world he would inevitably, after careful consideration of their relative merits, choose that of his own country”

Cultural relativism strictly opposes such kind of discrimination based on ethnocentricity. By following cultural relativism one can self analyse the objective of other cultures and hence, circumvent judging individuals.

Why is Cultural Relativism Important?

Some Examples of Cultural Relativism

It was said by Richard Rorty,

“Truth is what your contemporaries let you get away with”

Its truly said because, our likes, dislikes, interests and contempt all are restricted within our cultural boundaries. The concept of equality is somewhere still missing in this aspect. We fail to understand or rather accept the fact that an individual has the right to express their own views. Hence, it is necessary for all of us to acknowledge cultural relativism in our life. By doing so, we will move ahead towards building a stronger and unbiased society.

On the other hand, blindly following cultural relativism will restrain people from putting forward any kind of opinion regarding others. If that happens then there remains a probability of people losing their say in certain crucial aspects of life. Hence, 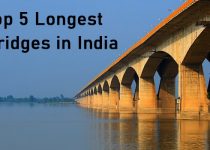