Big Boss involves locking down contestants in a house equipped with CCTV cameras. These contestants are called “housemates”. The elimination takes place weekly, and the contestant who fails to entertain the audience gets the least amount of vote and eventually gets eliminated. The contestants are given daily tasks to perform, at the end of which they can choose the group of people to be nominated for eviction. Housemates are kept in check by a mysterious person known as ‘Bigg Boss’. His only presence in the house is determined by his voice. When the show is at the verge of getting over, only three contestants are left and a finale is organized to announce the winner.

Big Boss Tamil is the Tamil language version of the reality game show called Big Boss. 4 seasons of the same have been showcased on Indian television till now. All the four seasons have been hosted by Kamal Haasan who is an Indian actor who works primarily in Tamil cinema. It is broadcasted by Star Vijay channel. It was first aired on 25 June 2017. Big Boss Tamil was supposed to premiere its fourth season in June 2020, but due to the ongoing pandemic, it got delayed and got premiered on 4th October 2020.

The Big Boss Tamil house is located at the EVP World in Chembarambakkam, Chennai. The location has been the same since all the four seasons.

Big Boss Tamil Season 1 was aired from 25th June 2017 to 30 September 2017. The winner of the season was actor and model Aarav. He received a cash prize of ₹50 lakh. The runner up was Lyricist Snehan. Other finalists included actors Harish Kalyan and Ganesh Venkatraman.

Big Boss Tamil Season 2 was premiered from 17 June 2018 to 30 September 2018. Riythvika was the winner of Big Boss Tamil 2. She won a trophy and a cash prize of ₹50 lakhs. The runner up was Aishwarya Dutta and the other finalists were Vijayalakshmi Agathiyan and Janani Iyer.

Big Boss Tamil Season 3 was premiered from 23 June 2019 to 6 October 2019. The winner of season 3 was Mugen Rao from Malaysia. Sandy from India became the first runner-up.

Big Boss Tamil Season 4 was premiered on 4 October 2020 and is currently ongoing. There are 16 contestants in total in the same.

Big Boss Tamil is broadcasted on the channel called Star Vijay throughout the week at 9:30 PM. It is also available for streaming on Disney+ Hotstar.

Contestants of the current season (season 4)

There are 16 contestants in the season 4 of Big Boss Tamil 4 These are:

Big Boss is complete reality television and anything said or done is not for the deliberate purpose of hurting anybody. It should be treated as an entertainment program and not be taken seriously. We hope that this article helped you know some facts about the show. Stay tuned for more such updates and articles. 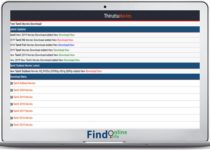 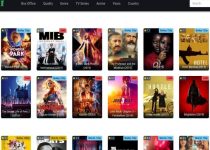