Bajaj is a world-famous automobile manufacturer. It has been ranked as the world’s fourth-largest manufacturer of three-wheeler and two-wheeler manufacturer and has its roots in several countries catering Latin America, Africa, Middle East, South and South-East Asia.

It has manufacturing industries of automobiles, home appliances, lightning, Iron and Steel, Insurance, Travel and Finance. It has a wide range of business lines, but it has been highly ranked and famous for its automobile products. It has been in operation pre independence of India. The company was set up in India since 1926 and was in operation from the British Raj.

Needles to say the company has seen a lot of reformations from the time it has been in operation due to the different periods it has been performing in. It has operated in ore independence period as per the rules of British Raj, post-independence period enjoying the freedom of operation and also experienced the economic reforms which paved the way for its expansion at the global level. With great history, it has gone through all the ups and downs and yet has successfully been through all the extreme conditions and has become a world-class brand.

Chetak that is the latest launch of Bajaj in automobiles is in the talks almost everywhere. As per Bajaj Chetak is the future of cars and the way of commuting shortly. With everything being changed to an electric version of it for ease and efficiency in handling, Bajaj has launched a scooter with the brand name Chetak depicting that the time is here and the time for a change and the time for advancement is now.

It has been created with elegant curves and all its features and looks states that it is the future of mobility. It is given the touch of steel because beauty is built to last and for it to give infinite joy and pleasure it has been made with unique structure, formability, strength, recyclability which remains unmatched. It has been given a steel body to perfectly blend with the advanced technology of electric vehicles.

The main idea behind its launch is to provide something to the market that can work 24×7 and is always ready to serve when need and restore energy when you’re keeping it at rest and not using it. Based on this idea, the basic formula of Chetak is to Plug it, Charge it and Ride it.

With that smooth operation, it can serve as the most effective and efficient vehicle, which is the way of future commuting. Bajaj with the launch of eChetak has re-entered the Scooter market. The all-electric Chetak is modelled around the original Chetak which was the boss of streets in India in the 1960s and ’70s. With a rigid frame, steel body it has a single tubular suspension.

The powertrain uses a single-sided cast Aluminum swing arm, which houses the traction motor, that drives the wheel through an automated gearbox. It has been unveiled in New Delhi, and the sale of this launch will start from January 2020.

Keeping in mind the successful launch, Pune and Bengaluru will the first two cities where this scooter named Chetak or say eChetak ( since it is fully electronic) will be sold. Bajaj has chosen Pune to be the first and Bengaluru to be the second to have it in their markets for sale and subsequently the sales of Chetak/eChetak (electronic Chetak) will be based upon the demand from these two cities. 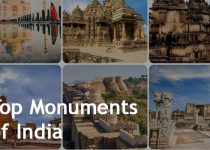 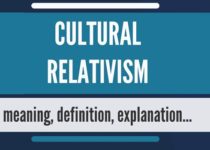