Angrezi Medium is a 2020 release movie starring the late Irrfan Khan, may his soul rest in peace, Radhika Madan, and Kareena Kapoor Khan. It also has Deepak Dobriyal and Dimple Kapadia. It’s a beautiful blend of humour, drama, sacrifice, and a touch of angst. Angrezi Medium is also notable for being the last movie for Irrfan Khan, a highly celebrated actor who had passed away recently.

Angrezi Medium tells the story of a father played by Irrfan Khan who would do anything to give his daughter the foreign education she wants so badly. However, this isn’t only a story highlighting a beautiful relationship between a father and his daughter, played by Radhika Madan.

It also shows a competitive, but an affectionate relationship of two cousins and rival shop owners, both vying for the family name and tells the story of the strained relationship between a mother and her daughter.

Despite not being very academically inclined, his daughter Tarika puts in her best effort and manages to get a scholarship to a college in London which is affiliated with her school. However, due to a mishap and a run-in with the principal of the school, the father Champak ends up losing his daughter’s scholarship.

Refusing to give up, he and his cousin Gopi go to London with Tarika, and in between hilarious shenanigans, like faking passports and being accosted by cops, try to fund a possible London education for Tarika. On the way, they end up meeting Naina, a police officer player by Kareena Kapoor Khan and her estranged mother Mrs Kohli, who owns the house the two cousins find lodging in.

Champak is a loving single father who would stop at nothing to provide the best for his daughter, even if that might be detrimental to him. The story winds up with his daughter Tarika who feels that she shouldn’t have put her father and uncle through so much and gives up her scholarship in London to study back in Rajasthan. The two cousins also end up making peace and coming to an amicable agreement.

This heartwarming and inspirational movie directed by Homi Adajania and produced by Dinesh Vijan earned ₹4.03 crore net at the domestic box office on the first day. As of March, Angrezi Medium has a box office collection of 13.54 crore rupees.

This was despite the very short period the movie ran in theatres, due to the COVID-19 pandemic.

Angrezi Medium’s soundtrack is composed by Sachin-Jigar and Tanishk Bagchi, which has some incredible songs such as ‘Ek Zindagi’, ‘Kudi Nu Nachne De’, ‘Laadki’, and ‘Nachan Nu Jee Karda’.

The song Ek Zindagi is the remake of Ik Jindari, a song originally composed for the previous film Hindi Medium, considered to the prequel of this movie, and the song Nachan Nu Jee Karda is the remake of popular a Bhangra number.

Laadki is the remake of the song with the same name, originally composed by Sachin-Jigar.

There’s incredible chemistry between Irrfan Khan and Deepak Dobriyal who play feuding cousins. They managed to keep the whole movie a hilarious one with many scenes one would think of and double down in laughter.

The relationship between Champak and Tarika is also beautifully portrayed by Irrfan Khan And Radhika Madan, who show a realistic bond between a daughter who wants to spread her wings, and a doting father who would do everything he can to help her, despite being unsure of her going away from him.

Due to the pandemic, the movie was released onto live streaming websites sooner than the time period of other movies.

Angrezi Medium can be viewed on Hotstar, Netflix and Zee5.

This movie is a beautiful one, with incredible actors, brilliant renditions, a compelling plot, and catchy and touching songs. All in all, this is a great movie to watch. 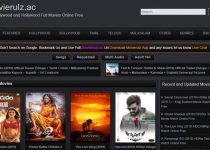 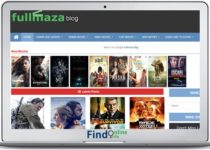